Dandelion the medical herb – Do not mow them, but eat them!

Dandelion the medical herb (Taraxacum officinale) is a small miracle for healing and its flowers are a healthy salad addition.

The yellow spring flower laughs at us almost at every corner outdoors Because it grows everywhere – even on dump sites.

Dandelion is not weed and rabbit food:

Dandelion, often frowned upon as a weed, is experiencing a renaissance,
because it is versatile not only in the kitchen but also in medicine.

Dandelion the medical herb is known since ancient times

Who can consciously grow a wildflower meadow in the garden, know about his health and culinary values? The dandelion the medical herb has already been mentioned by the famous Iranian physicians Rhazes and Avicenna. They did acquire their knowledge of the ancient Greeks. Also in the herb books of the 16th century, did recommend the dandelion as an effective remedy.

He should be even one of the best dehydrator for the body because it has a relatively high potassium content. Drug stimulation of urine flow usually leads to loss of potassium, which has negative effects on the heart. 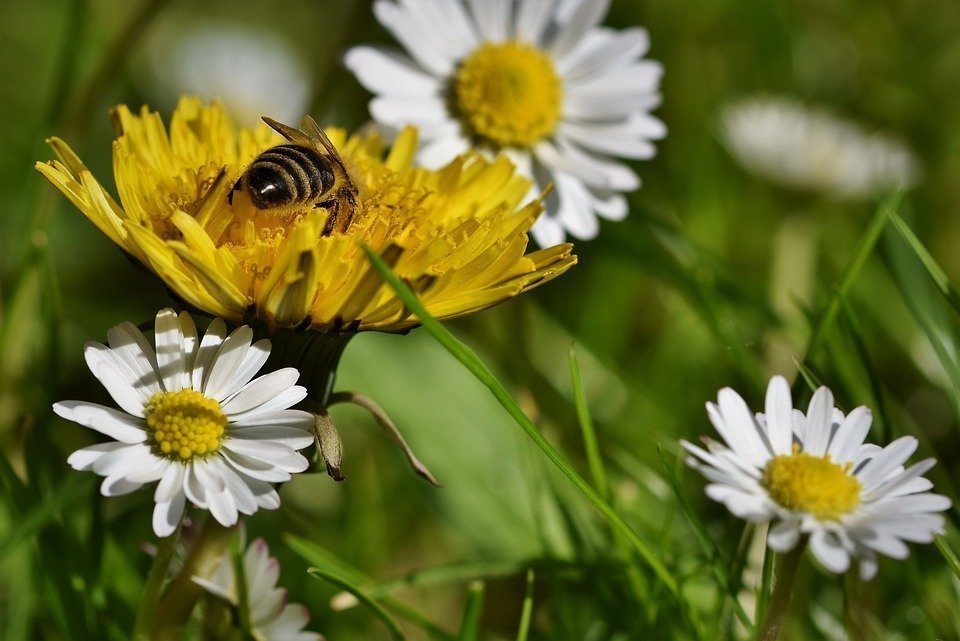 You can use the dandelion the medical herb from your garden or your environment as described here. Also, you can collect dandelions,  but do not pick them directly on the roadsides, because these plants are polluted. You can use all the parts they are edible.

The young leaves and cheerful flowers you can eat it raw. Slightly larger leaves you can prepare like spinach. They are rich in vitamins and minerals.
The roots and leaves must be clean and dry.  Split the roots before drying
Ingredients: bitters, Taraxin, vitamin C, Minerals, especially calcium and potassium, inulin, inositol, flavonoids, carotenes, fructose, Ceryl (in latex) 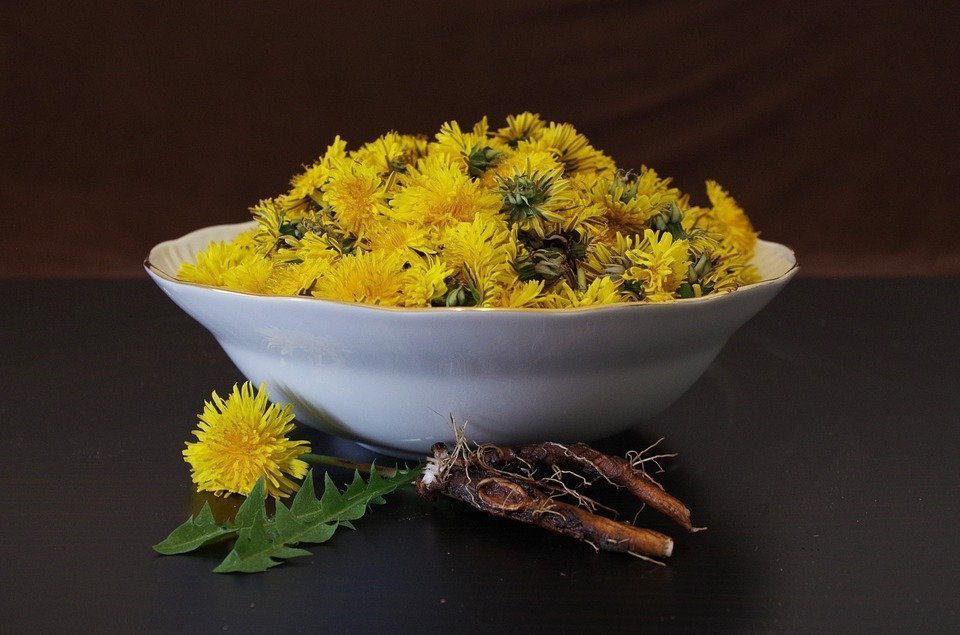 Particularly the plant exerts a cleansing effect on the body. Generally,  dandelion has a strengthening effect.

Above all, the root of the plant is a cholagogues drug with high efficiency, we can use especially for gallstones, jaundice, and each occurrence of hepatic insufficiency. This was verified by tests.

Even as digestive aids and in a case of permanent loss of appetite is the dandelion a great help.

Folk medicine uses the plant often as an analgesic and laxative agent and by hemorrhoids.

Generally, it stimulated the liver and the kidneys to higher activity by the intake of dandelion.

Further areas of application for the plant are sufferings and disorders in the intestines and stomach, as well as in the area of the bile flow. These include gas, bloating and indigestion.

Dandelion has a good effect on the general condition of individuals.

Twice a year, perform a Dandelion diet. This you should do over a period of 4 to 6 weeks. During this time, take every day  2 tablespoons dandelion juice or two cups of tea.

Especially for rheumatism is strongly recommended and to humans, which easily form gallstones.

The dandelion also did help in ancient times to remove small stones in the kidneys and renal gravel. For this 2 tablespoons of dandelions with a pint of water were brought to a boil. This decoction is screened after 20 minutes and diluted with warm water to 1.5 liters.

Herbs should not be used without consultation with a physician or pharmacist, not used as a substitute for drugs. Medicinal herbs can be supportive in the fight against certain ailments, however, treatment with medicinal herbs or medicinal plants should be accompanied by an expert. Wild herbs can have beneficial effects.

Dandelion the medicinal herb and its magic

When you rub the body with dandelion, according to the old belief in witches,  every wish will be fulfilled. The American Indians smoked the dried leaves in their shamanic rituals. On the night before Halloween, prophecies. Dandelion belongs to the so-called “Samhain Rprophecies.

If the first dandelion faded, it forms from hundreds of small umbrella – the popular dandelion arises. Also, this is a “prophetess”. So earlier oracles predicted, especially young girls and women from the number of the remaining fruit, how many years it would take to the wedding, or was interpreted remaining after blowing the little umbrellas as information on the life years.

Another superstition refers to the color of the fruit base after blowing out: is this white, to get into heaven, if is black, to purgatory. Who can blow away all the fruit at once, is a child of fortune, perhaps even an angel. Those who manage after the third blow, his wishes come true. Dandelion was supposed to make warts vanish when they were sprinkled on the third day during the waning moon with dandelion juice.

Dandelion the medical herb as a vegetable 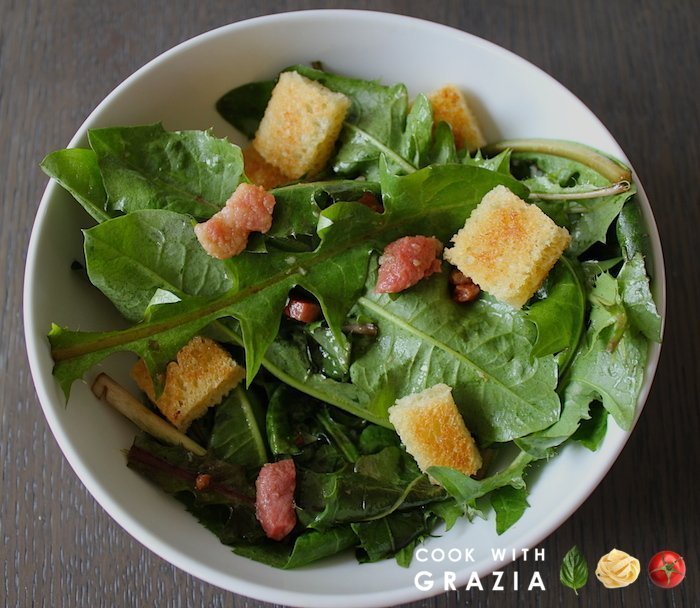 Today dandelion the medical herb is more used as a vegetable as soothsayers. You can eat raw as a salad or cook with nettles together as soup; it tastes great in any case. Posted Everything is the dandelion: the leaves that are tender before flowering, the roots, and the flowers. They are rich in bitter substances, vitamins, and minerals. Sautéed Dandelion Greens

In medicine,  the use of dandelion is to treat many ailments. Dandelion will stimulate the entire cell metabolism, stimulates the liver function, activates the production of hormones and is generally we can use it for the prevention of liver and gallbladder problems.  Digesting the whole, it will increase especially the production of gall juice and thus facilitates the digestion of fat.

Body Detoxifying Herbs Can Do Wonder In Our Lives