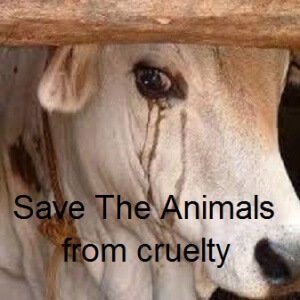 Good that Americans ate less meat in 2014 and a lot of animals could be saved. Hopefully, this will continue and more people go vegan.

Near every day we can see the pictures of Animals treated with cruelty, factory farms are not the right place for animals. Some never see the green grass.
We love our pets like dogs, cats, rabbits and,,,, why do we not care enough for other animals? We do not see them, they are hidden in places out of our sight
and forgotten. If people could see how they suffer, many would not be able to eat meat anymore. Pictures and videos show it and meat consumption decreased already.

It’s a question you may have heard one too many times: Do vegans really save animals? And it’s never been clearer that the answer to that question is an enthusiastic yes!

The proof? According to the USDA, 400 million fewer animals were slaughtered in 2014 than in 2007. That’s 400 million individuals who were spared a lifetime of unimaginable suffering.

In light of a continually growing population, this decrease can only mean one thing: more and more people are eating less meat or ditching it altogether in favor of plant-based foods. And those choices are sparing animals lives in a very measurable way.