Hemp a Superfood in the kitchen

Not only for a healthy raw vegan diet is hemp a superfood. It is a plant of absolute superlatives. For thousands of years it has been grown, yet it is unknown to many people as a crop.

In the raw food diet, hemp should not be missing! And below in this post, we will tell you the different kinds of Hemp you can use. You’ll also get some simple hemp recipes.

But if you are already eating hemp, you may like to know a bit about the sad hemp story. It is so unbelievably symptomatic of our modern age.

Watch > THE INCREDIBLE HISTORY OF THE HEMP

This story is a thriller. Would like to know why hemp is a real superfood and how to use it in your kitchen?  Read on below:  “Hemp products in your kitchen”. 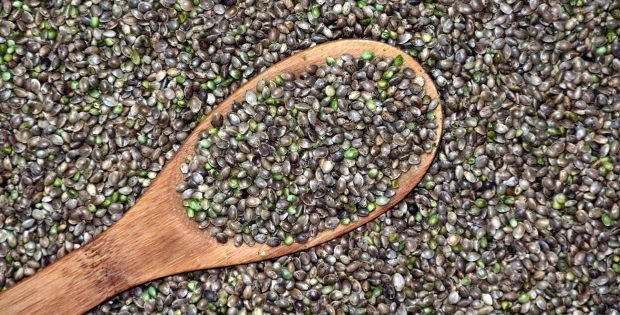 Hemp is an ancient crop, believed to originate from Central Asia, but people used it in China, India, Iraq, the Baltics and the Mediterranean several thousand years ago. The oldest archaeological evidence of hemp cultivation in Europe is over 5000 years old.

Clothes made of hemp – An vital role hemp had as a fiber plant for the production of garments, but also in naturopathy u.a. for pain relief. In addition to stinging nettle and flax, hemp was one of the essential fiber plants and even the ancient Greeks and Egyptians are known to have worn hemp clothing.

Weapons – Since the hemp fiber is very robust and can withstand enormous tensile forces, it was used for weapon production. The tendons of the medieval bows consisted of hemp fibers.

Hemp paper – For a long time hemp fibers were also used for paper making.  Gutenberg did print the Bible on hemp paper, and Rembrandt and even van Gogh painted on hemp paper.

Sails and ropes of hemp –The ships of this world rode for millennia with hemp ropes. Columbus sailed toward the New World in a ship whose sails and ropes were made of hemp. 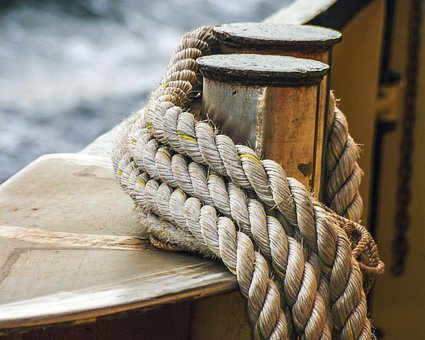 Versatile, renewable resource – Hemp was used extremely versatile, also as a building material, as an insulating material, as hemp oil in industry, in paints and varnishes, as fuel, and more.

Also, hemp is one of the most vigorous plants on our planet. He is undemanding and grows with very little or even without fertilizer. Hardly any other plant, if any, grows so fast. In just 100 days, it can grow 3-4 meters in the right growing conditions.

Hemp is also very resistant to insects, fungal diseases, and others. And because it grows so fast, it quickly covers the bare farmland so weeds can not get through. In hemp cultivation, therefore, there is virtually no need for spraying against weeds, fungi, and pests.

A super plant – Hemp was a blessing for humanity. A huge success story that we can not portray as impressive as it is with these few lines.

In the US, it was no different than in Europe and the eastern world.  Hemp was the first cultivated crop and until the 20th century also the most cultivated crop. People made everything with hemp. Paint, varnish, paper … Henry Ford’s made the body of his first car from hemp. Also, the vehicle could drive with fuel made of hemp.

During the Second World War, it was the patriotic duty of the farmers to grow a certain amount of hemp. At times you even went to jail if you did not follow this rule.

Hemp an environmentally friendly, sustainable, renewable resource, was well on the way to replacing plastic and wood. But it came different …

Well, not all were happy about the arrival of hemp in the industry. A newspaper empire, a forest, and a chemistry factory There was a newspaper empire that owned huge forests. Cutting them was very profitable. And there was also a chemical company that could now produce various plastics from oil and coal. Would not have been good for business, if hemp had continued its triumphal march through the entire industry of the United States!

Fortunately, the chemical industry’s most prominent investor was also the Treasury Secretary in the US government. He had an in-law’s relative who happened to be head of the US Anti-Drug Administration.

Hemp becomes marijuana –The rest is history. Because as the story went on, we all know. The economic miracle hemp became the drug “marijuana” – a Mexican slang expression. How fortunate that this drug agency was assisted by a newspaper empire to “enlighten” the people.

“Marijuana” was suddenly responsible for all the ills of this world – and, after all, it was the drug of Mexican underdogs and black jazz musicians … The propaganda did work so well that for many the actual connections between marijuana and hemp are not clear. So we make these terms clear. 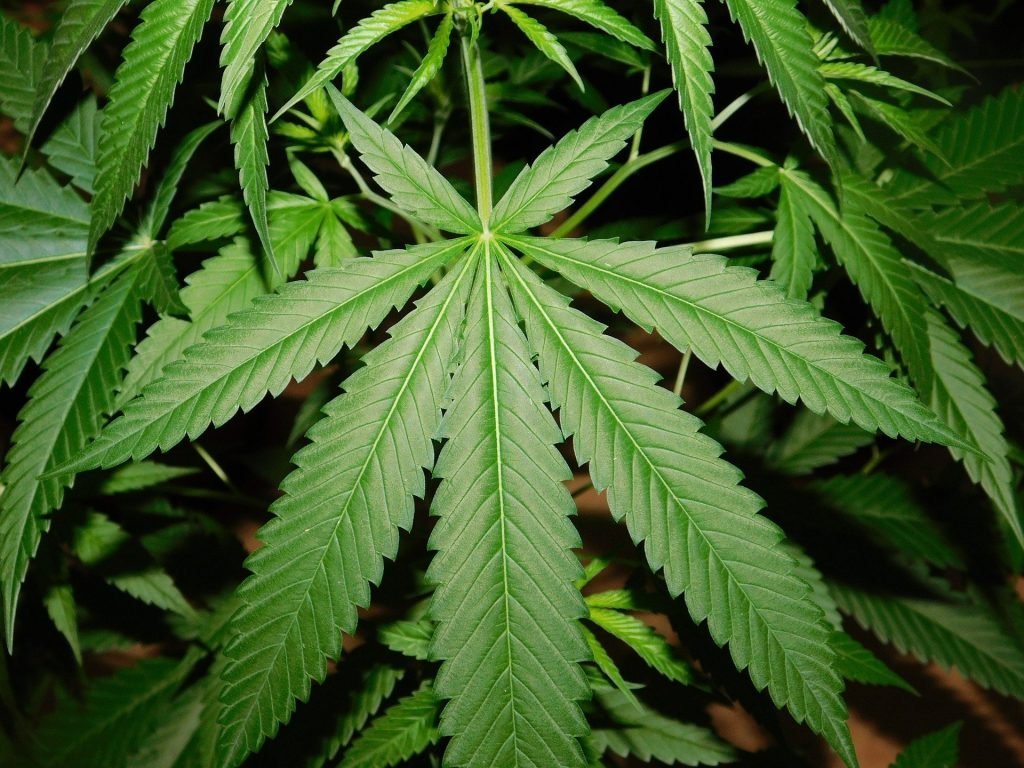 THC – the psychoactive agent in hemp. There are several hundred different hemp varieties. Depending on the variety, they contain little or no of the “psychoactive” cannabinoid THC, the substance responsible for the drug’s effect. For hemp varieties, the content of THC must be less than 0.3%, which is legally required.

These hemp varieties, which is a normal, harmless plant, one not even can grow a few small plants for their own use in their own garden or on the windowsill, is justified whether it is or not a THC-rich variety. The cannabinoid THC is mainly produced in the flowers and near-flower leaves of the female hemp plants. There is THC in small glandular hairs. There are male plants with male flowers and female plants with female flowers.

The resin of hemp – While the male hemp plants are of no interest as a drug, the female plants produce a cannabinoid-containing resin in the flowers and the upper leaves.

Marijuana – The drug marijuana, which is also called grass, is now these dried, resinous flowers. The drug effect in marijuana is getting weaker, the more leaves are dried

Over 400 different substances have been detected in hemp, including over 60 different cannabinoids alone. Learn about more Cannabis and health

Anyway, let us turn back to the raw food diet and the food hemp.

HEMP A SUPERFOOD IN YOUR KITCHEN

Several characteristics make it a precious probably unique food. Especially for People who are vegan or eat raw food.

Hemp Protein – Hemp contains 20-24% protein. Even better, this protein has a high biological value. It comes relatively close to the ideal for our food amino acid composition. Hemp has all the essential amino acids. Also, hemp protein is more digestible than soy protein. The protein is so valuable that even athletes use it to build muscle.

Much Omega 3 –  The fat content of hemp seeds is between 28 and 35 percent. Hemp seeds have a lot of the essential fatty acid that we humans need to absorb in our diet because our bodies can not produce it. Since hemp also has a high-fat content, this good fatty acid ratio is also significant, so we use hemp regularly instead of omega 6-containing fats or oils in our raw food kitchen.

Little omega 6 – One of the fundamental problems of our “civilized” diet is that we consume far too many omega-6 fatty acids. Also, far too few omega-3 fatty acids. This is often a problem even with raw food. Not many foods in our diet, including raw foods, can compete with it.

By eating cannabis seeds regularly, especially if you incorporate hemp into your raw food diet instead of omega-six almonds, nuts, or seeds, you can improve your ratio. Also, hemp seeds also contain gamma-linolenic acid. The body of healthy people can produce these from linoleic acid itself.

Vitamins and minerals – Last but not least, hemp seeds also contain significant amounts of carotene, B vitamins (B1, B2), vitamin E, and the minerals calcium, magnesium, potassium, iron, and zinc. Let’s be practical and see how we can incorporate cannabis seeds into our raw food diet.

HEMP PRODUCTS IN THE RAW KITCHEN

Peeled cannabis seeds – However,  hulled hemp seeds you can use for dips, dressings, vegan cheese, sweet creams, etc. You can sprinkle peeled hemp seeds on cereal, a smoothie, or ice cream.

Hemp mus – You can snack or use cannabis in your dishes.

Hemp oil – Hemp oil is available in raw food quality, but as with all omega 3-containing oils, there is also the problem of high sensitivity to light, heat, and oxygen and the often associated short shelf life of the contained Omega 3.

HOW TO USE HEMP IN THE RAW KITCHEN?

Here are a few basics for the practical use of hemp seeds in your raw food kitchen.

The taste of hemp – Basically, You can use hemp for many raw food recipes that use milk in the “conventional” kitchen: milk, cream, yogurts, spreads, cream cheese, etc. Hemp has a nutty taste, but also a distinctly bitter note.

The milk is raw vegan and therefore lactose-free. You can make them from peeled and unpeeled hemp seeds. Hemp milk from unpeeled hemp seeds. Unshelled cannabis seeds are not that easy to mix in the blender. Therefore, you should soak them overnight and thoroughly rinse them before use.

Sprouts are versatile. In cereals, in salads, in raw food loaves and … And this is how you can germinate hemp: 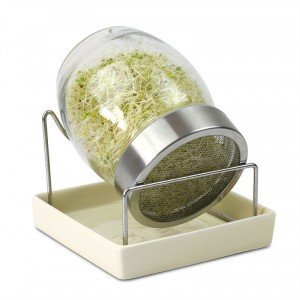 Use a germ glass or a jar.

The cannabis seeds gradually start to sink to the bottom, where they remain. There will always be seeds that will not go down, but that does not matter. After about another 12 hours, which is one day after you put the hemp, you drain the water, drain the hemp seeds in the seed glass or in the sieve, and place it back in its warm place to germinate.
This will take about 1 – 1½ days, and then you can consume your hemp shoots or further processing. 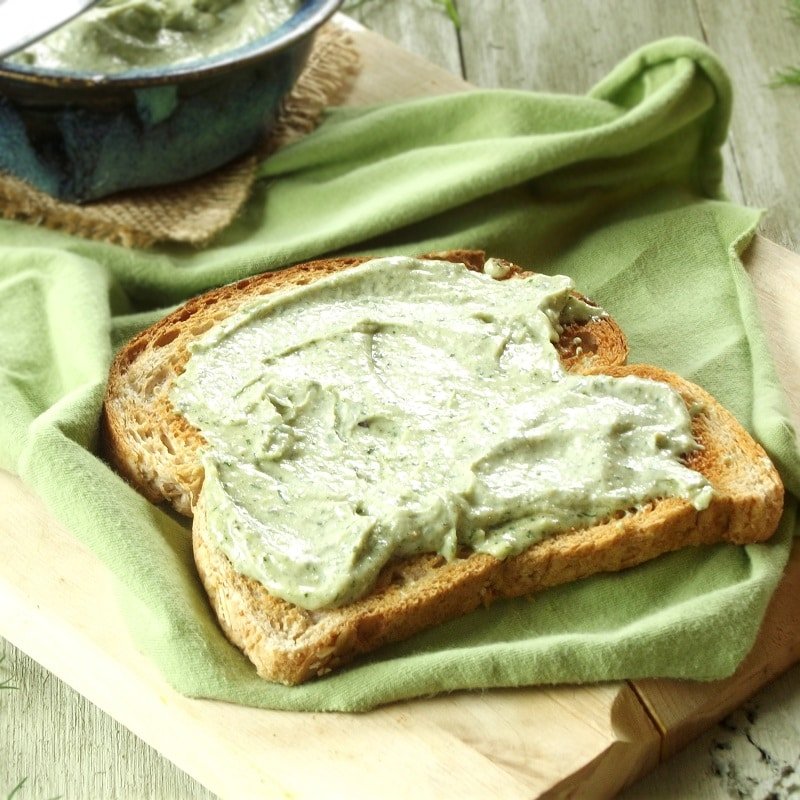 This luxurious vegan hemp cheese you can make from creamy blended hemp seeds and flavor with zippy garlic and fresh dill. 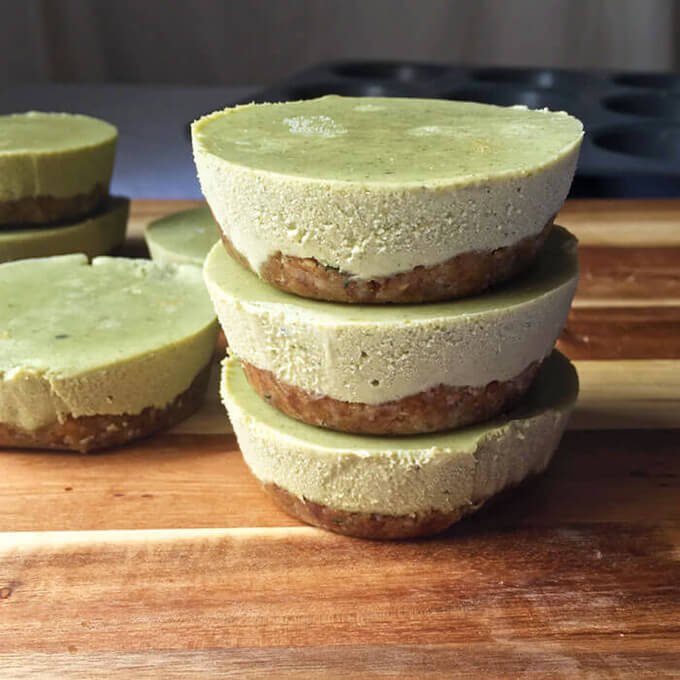 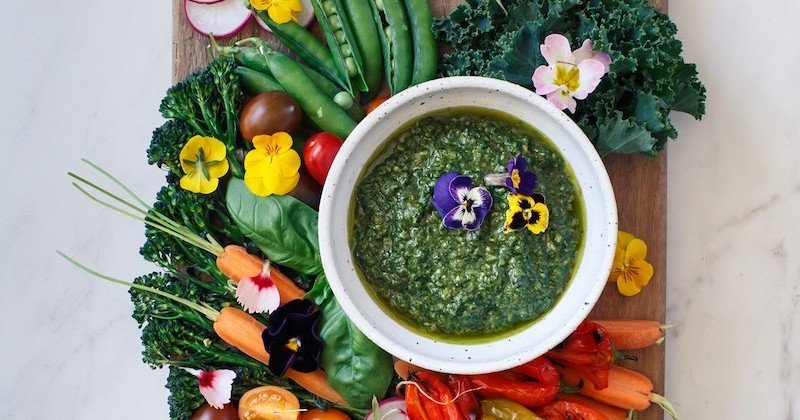 A perfect every time, nutrient-dense, dairy-free pesto made with creamy hemp seeds and packed full of basil. 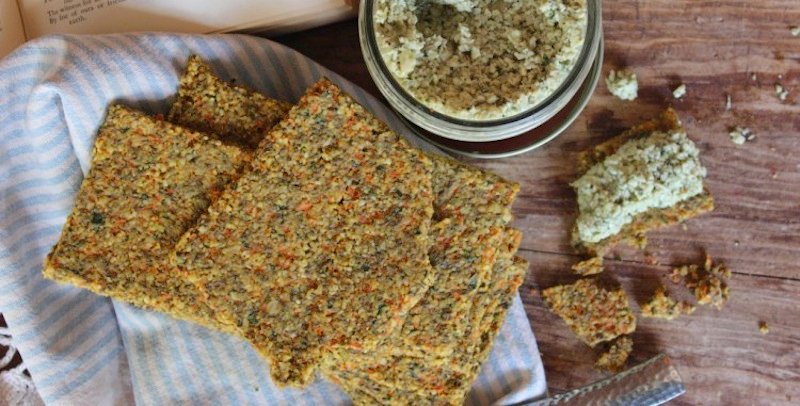 These delicious raw crackers are amazing with raw cheeses (fermented nut cheese), hummus, raw patès, avocado or just to enjoy alone.  The healthy fat in the walnuts gives them a great rich texture and flavor. You can make these in your oven if you don’t have a dehydrator, just bake them at the lowest heat offered until golden brown and toasty. Enjoy! 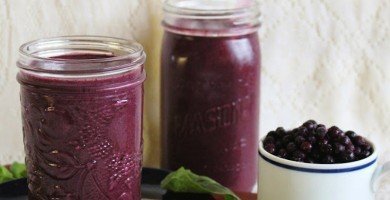 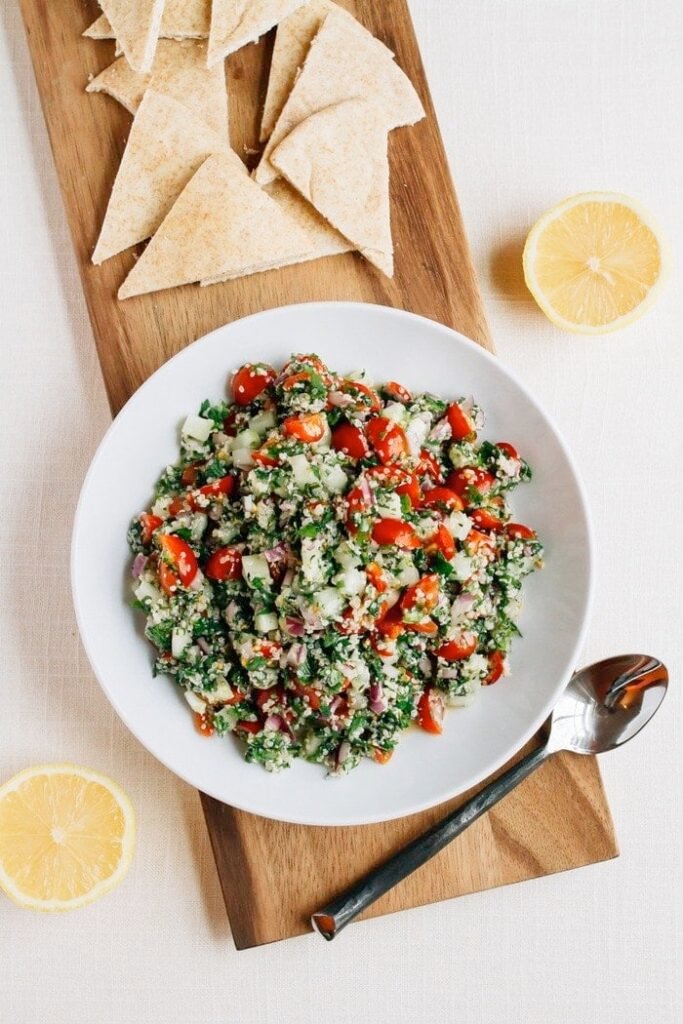 A fun spin on traditional tabbouleh, this hemp tabbouleh is loaded with fresh herbs, veggies, and protein. Plus, it’s vegan, grain-free, and gluten-free.

If you need help with losing weight and keeping on track, the Bright Line Eating program is a great program to support. It is based on cutting-edge psychology and neuroscience. Susan Peirce Thompson, Ph.D. It is focused on establishing healthier eating habits and is also compatible with a vegan diet. > Register for her workshop here now